Balenciaga is known for its quirky designs but people have been left perplexed by the muddy runway yesterday, as models walked down as if they were on a grim powerwalk through a wet field.

The show opened this weekend in Paris, with it girl Doja Cat in attendance, model Bella Hadid also made an appearance, as a model wearing studded facial prosthetics.

Social media users were baffled by the showcase, with some saying it was like a ‘social experiment gone wrong’. 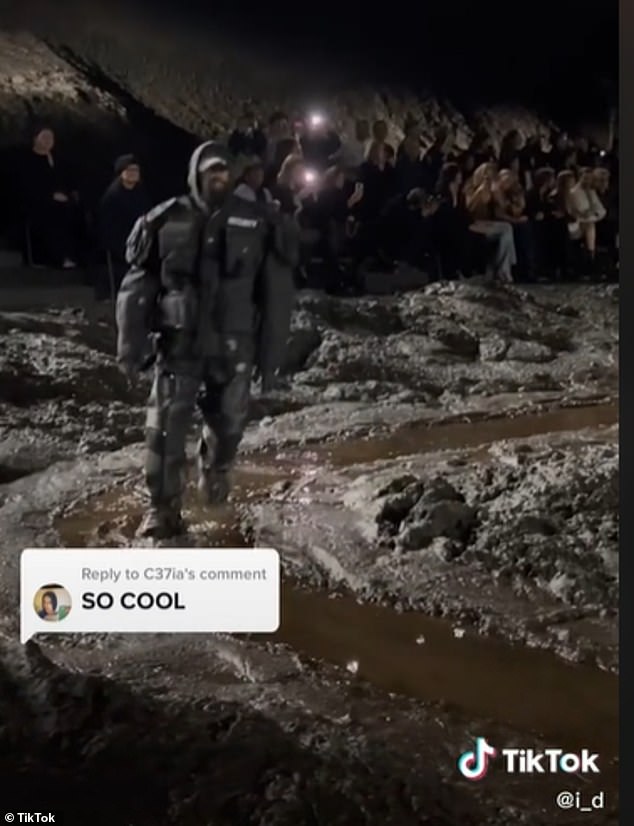 Yeezy does it! Rapper and designer Kayne West was seen stomping through the slippery runway in a ‘gears of war’ style security outfit as he opened the SS23 collection show 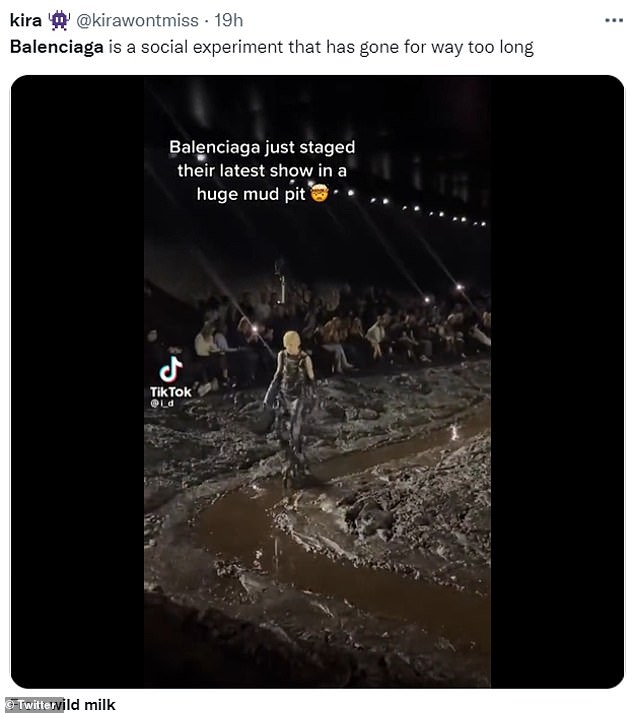 Twitter users blasted the brand for being a ‘social experiment’ the brand is known for it’s quirky designs and gets people talking with it’s out of the box concepts, this mud-slide runway got a lot of attention online 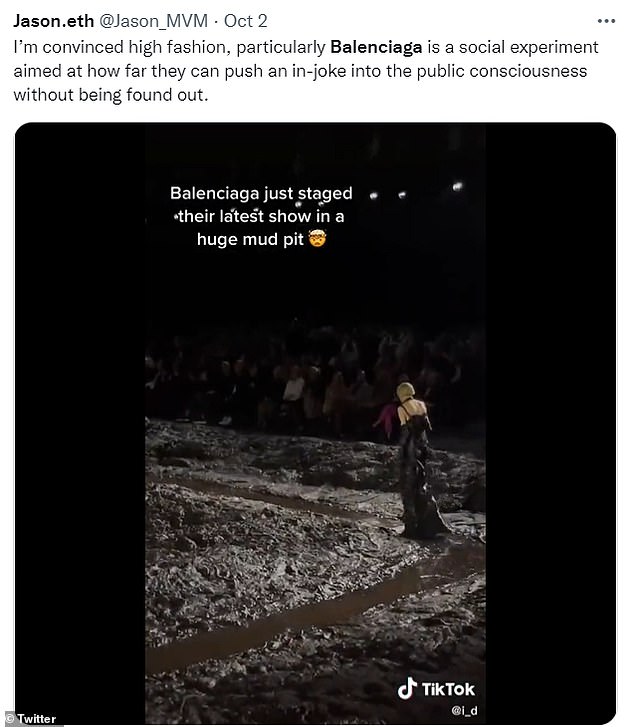 An in joke? The words ‘social experiment’ were used more than once in relation to the muddy show which saw models traipsing through thick mud as if they were on a rainy country walk instead of a catwalk

One tweeted: ‘Imagine being a part of the Balenciaga ss23 and realising you have to walk in mud.’

,
To read the original article from www.dailymail.co.uk, Click here