By Jarret Thomas Sackman For Dailymail.Com

Gigi Hadid glowed in her own hip-hugging cashmere creation on Tuesday when she made a surprise visit to her Manhattan clothing store.

The 27-year-old supermodel emerged from Guest In Residence – the cashmere knitwear brand for which she serves as creative director.

Hadid’s fashion statement was ironically similar to the look donned by her father Mohamed Hadid, 74, who stepped out with his 32-year-old model Maxime Nova – yet another Gigi look-alike. 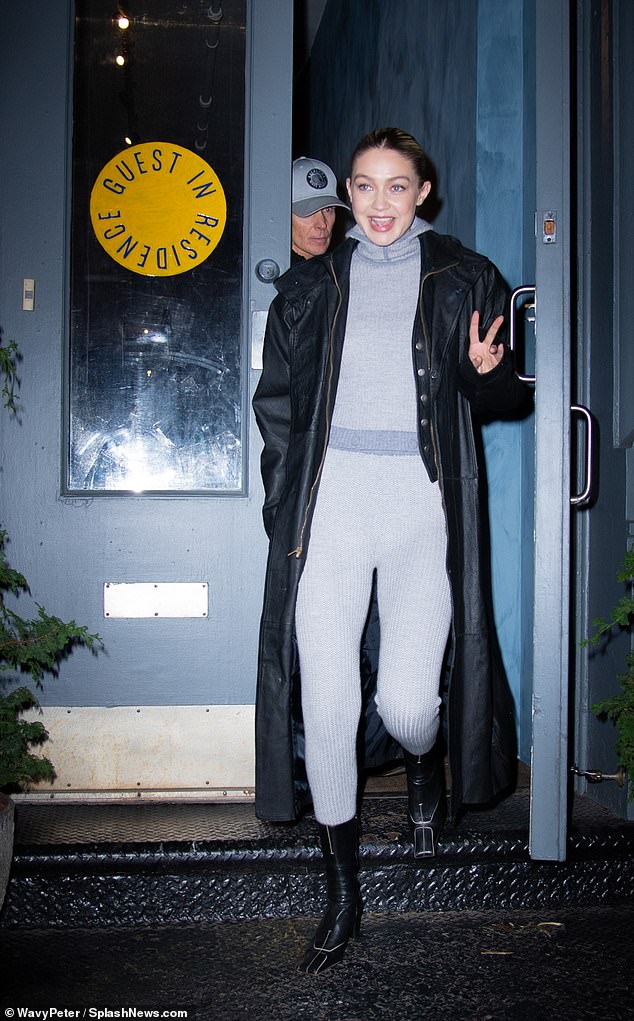 Cashmere creation: Gigi Hadid, 27, glowed in her own hip-hugging cashmere creation on Tuesday when she made a surprise visit to her Manhattan clothing store

With her dark blonde hair pulled back in a sleek ponytail, Gigi stepped out of her luxurious storefront in full cashmere.

The hoodie’s hem was buttoned to the waistline of the leggings, creating a cozy gray bodysuit that showcased the model’s incredible legs.

While Hadid’s look is simple, it doesn’t come cheap.

The ensemble can be purchased for a whopping $820, with the hoodie retailing for $395…

‹ TRAVELERS WANT MORE INCLUSIVE, AUTHENTIC CONTENT ON SOCIAL MEDIA › Ties Are Back and Celebrities Are Adding Them to Every Outfit