FT. LAUDERDALE, Fla., Nov. 11, 2022 /PRNewswire/ — Artist, producer, and feminine fashion icon Spiky announced the release of her latest single “Spicy. Mixing her own sound and signature style with an R&B flair by bring in the talents of Tevin Baker, an impressive singer, songwriter, and actor. “Spicy” quickly moves from the dance floor to the bedroom in a siren’s call of sex and seduction.

“Feisty; Sexy at the same time”; “Bring you that fire for fire” in the song.

Tevin Baker got his start as one of millions of teenagers uploading YouTube videos of covers and was subsequently discovered by multi-platinum selling artist Flo Rida, who realized that Tevin had something special to offer the world. His first single, “Somebody,” released in 2020. In 2023 Tevin’s plans are to release a single each month feeding his hungry fans new music they have been screaming for. https://www.instagram.com/tevintbaker/

“Freak on freak, got ’em fascinated”; “Physique so sleek, don’t need it fabricated”

In addition to Spiky’s single release, she is also launching her new clothing line, “AssMazing” in partnership with international designer, Nico Didonna.

Nico is a London College Fashion graduate who opened his first atelier in Berwick Street in 1999. He later moved operations to the heart of Soho in 2004 where he went on to stun the world of women’s wear at London Fashion Week using a smooth merge of his Italian heritage with London’s multi-cultural sensibilities. His design philosophy centers on garment versatility, quality, and craftsmanship, while always pushing boundaries with classic designs that feel contemporary. Nico’s male and female clothing designs can be seen in Spiky’s “AssMazing” videos and online. www.nicodidonna.com.

“Play it just like a guitar”; “She puts in work, so you know”; “Tight and sweet”

The “Spicy” single is available on all streaming platforms. Spiky’s new clothing line will soon be available for purchase online. Follow Spiky on social media for her latest releases and “AssMazing” fashion looks she bring to us daily. https://www.facebook.com/TheOfficialSPIKY/

Founded in 2009, the Spiky Music Group and Management companies are owned and steered by the creative and incomparable talents of Christine “Spiky” Malvasio. A gold and double platinum award-winning publisher and 2014 BMI “Writer of the Year” award winner, Spiky discovers, develops, and works personally with handpicked artists to help cultivate the next generation of breakout musical talent. Learn more about her latest work, follow her on social media. https://www.instagram.com/spikyimin/ 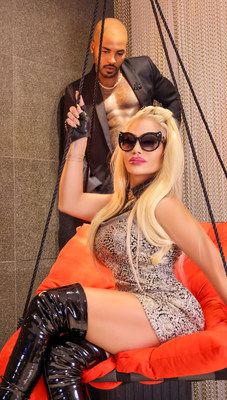 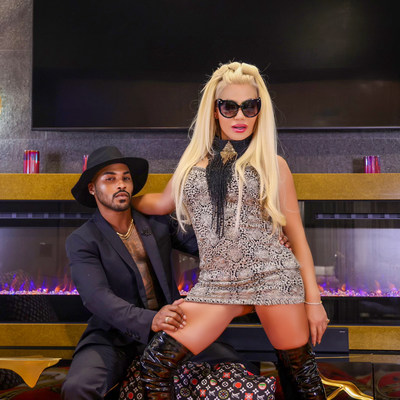 ‹ How Pastry Chef Fred Chang Makes His Whimsical Desserts › Which are the Classy Indian Clothes for Women that are Suitable for All Seasons?